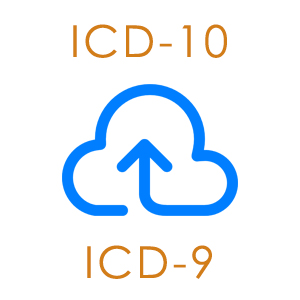 Not long ago ICD-10 was feared. It grabbed headlines and became almost a national obsession. For all the dust it raised, ICD-10 hasn’t really turned out to be the nightmare it was feared to be. Yes, there have been reports of longer claims processing times and payment lags. But by and large, the transition hasn’t been as earth-shattering as it was touted to be.

The biggest tripwires healthcare providers face is walking on the balance beam between both coding systems.

Why is it such a huge challenge? Simple. More often than not you have coders who are either proficient in ICD-9 or ICD-10. On the one hand, there are ICD-9 coders who have numerous years of experience of working with ICD-9. And then there are the ICD-10 coders with their spanking new certificates.

But a healthcare organization needs coders who have proven coding expertise in both systems. As it is been just 2 months since ICD-10 came into effect there are still backlogs from the previous coding system that need to be cleared.

So how do you maintain the perfect balance?

Thankfully there are tools that can bail you out. If you are one of the many hundreds of healthcare organizations that are struggling to strike a balance between the two coding sets, there are several converter and cross-walking tools out there.

The ICD-9 to ICD-10 code converter is an online tool that is built to help medical coders and healthcare practices to survive this tricky phase.

What does the tool do?

The code converter tool automatically provides code suggestions and crosswalks. Users will have to key in ICD-9 codes into the search box and the tool automatically generates the corresponding ICD-10 code. If there is more than one match, a list of codes are provided based on their relevance to the ICD-9 code searched for.

This tool enables users to assign codes and perform coding cross-walks. Code mappings are accurate and lightning quick. Here is an example of an ICD-9 to ICD-10 code converter. Give it a try to experience how code converters work.

Join the community to comment, ask questions, or publish an article.