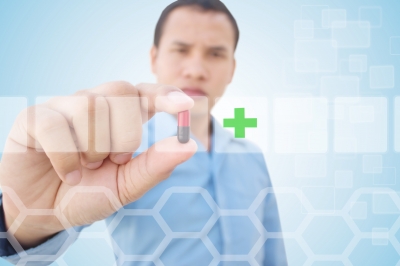 In June of this year, 2013, the American Medical Association made an official statement as follows:

"That our American Medical Association (AMA) deem inappropriate inquiries from pharmacies to verify the medical rationale behind prescriptions, diagnoses and treatment plans to be an interference with the practice of medicine and unwarranted." (Page 12, section 12)

This is a bold statement that goes directly against the spirit of health-care-team collaboration. The medical team has grown into a patient centered effort to help assure that the most appropriate care is granted to the patient at all points of treatment.  All members of the health care team need to be on the same page about treatment, while at the same time, all team members must be in a position where they may question the other team members regarding current treatment plan efforts.

I understand that this statement may have something to do with the recent controlled substance case in Florida where one of the chain store pharmacies’ agreed to pay a fine of $80 million dollars for allowing millions of controlled substances to reach the black market. The American Society of Health system Pharmacists did their best effort at trying to explain what was at the root of the statement.

”Certain pharmacies, in response to enhanced scrutiny and enforcement efforts by the Drug Enforcement Administration, are calling and faxing to verify the legitimacy of every controlled substance prescription before filling. The burden this has caused some physicians’ offices gave rise to this new AMA policy."

I appreciate the effort that ASHP is putting into the clarification of the statement made by the AMA; however, I feel it would be much more appropriate if the AMA were to come out and clarify this statement. As far as I can see, after reading the resolved statement, the AMA is stating that pharmacist calls to physicians regarding therapy are an intrusion into appropriate medical care and need to be stopped. The AMA statement does not state anything about phone calls relating to narcotic related diagnosis questions.

I am not sure who these physicians are; however, I know they are not the physicians that I work with on a daily basis.  The team that I work with is open and accepting of our phone calls. The physicians that I know have always been grateful that we, as pharmacists, take the time to clarify any question we may have about the patient’s medication treatment. I have never been told that I am a burden, an intrusion or a hindrance to a patient’s medical care because I called the physician’s office to discuss the appropriateness of the prescribed medication therapy.

Thousands of examples exist; however, the most recent one is as follows. The other day a patient presented at our pharmacy with a prescription for a relatively large dose of narcotic pain medication. This was a new patient to me so I began the process of Due Diligence as I have described in a previous blog. After evaluation of the online narcotic verification system, I saw that the patient had been receiving the same medication from a previous physician on a monthly basis, with the most recent prescription being only 10 days earlier.

I phoned the physician’s office and spoke with the medical assistant. She gladly described the diagnosis to me and explained that today was the patient’s first visit with this physician. The patient had transferred and from now on, this new physician would be prescribing the pain medication. I thanked her or the information and then I asked if the physician was aware that the patient had picked up the same prescription only 10 days prior.

The physician immediately came onto the phone and was so grateful that I had called. She explained that the patient had described the two previous months prescriptions; however, had not mentioned that he had just received the medication less than two weeks earlier. The physician asked me to void the prescription and to also explain the situation to the patient. She asked if I would ask the patient to contact her office for a follow-up appointment. Again, the gratitude the physician shared with me for my intervention was overwhelming.

I agree that the faxing and telephoning of physicians’ offices by some pharmacies to verify the legitimacy of each and every controlled substance prescription is absurdly redundant and can be handled much more appropriately with Due Diligence by a professional pharmacist doing their job in the pharmacy. I must also point out that the AMA stating that pharmacists phone calls are an intrusion into medical practice is no way to promote collaboration as a health care team.

Dr. Steve Leuck is a community pharmacist in a hospital out-patient pharmacy, where he educates and motivates patients to participate in their own pharmaceutical care. He is also owner of AudibleRxTM where OBRA 90 based Medication Specific Counseling SessionsTM are available in audio format.