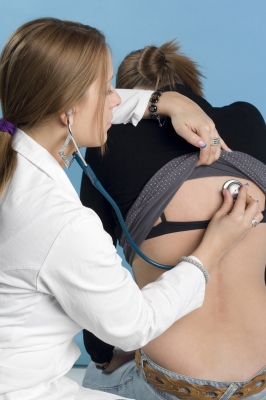 Pneumonia is defined as an acute infection of the air sacs in the lungs. It is characterized by a cough, fever, chest pain, shortness of breath and mucus production. The most common bacteria involved is Streptococcus Pneumoniae and it causes 400,000 hospitalizations per year in the United States. The fatality rate of pneumococcal pneumonia is between 5% and 7% with the highest rate among the elderly. Pneumonia can also be caused by viruses or fungi.

Are these vaccines effective?

The protective effect of pneumococcal vaccines has been established in several clinical trials. Prevnar was approved for use in infants and children following a clinical trial in which 37,816 infants were randomized to receive either Preener or a control vaccine. Efficacy against pneumonia was 100%.

The efficacy of Prevnar in adults was assessed in a clinical study of 84,496 subjects 65 years and older. Patients received a single dose of Prevnar or placebo. Out of 42,240 subjects vaccinated with Prevnar, 49 patients developed pneumonia, compared to 90 patients in the placebo group.

A retrospective analysis based on the CDC’s pneumococcal surveillance system showed 57% effectiveness for Pneumovax against infections in patients over 6 years of age, 54 to 84% effectiveness in patients with specific diseases (coronary vascular disease, congestive heart failure, diabetes, chronic pulmonary disease, and anatomic asplenia), and 75% efficacy in patients 65 years of age or older.